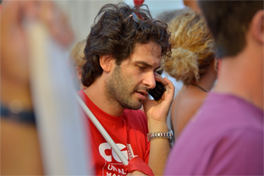 A dive bar is an informal bar or pub. Such bars are sometimes referred to as neighborhood bars, where local residents gather to drink and socialize. Individual bars may be considered to be disreputable, sinister, or even a detriment to the community. This was especially true in earlier times:

A plot to entrap young women for the dives of Northern Wisconsin has been discovered.

A 1961 dictionary defined a “dive” as “a disreputable resort for drinking or entertainment”. In an article in its August 2010 issue, Playboy magazine described a dive bar as: A church for down-and-outers and those who romanticize them, a rare place where high and low rub elbows—bums and poets, thieves and slumming celebrities.